We have all our ducks in a row here at Rowdy Girl Sanctuary! It has been an interesting experience seeing how they interact with each other. Just like any other bird, ducks have a pecking order. Quackers was the first duck to arrive to RGS (he is the one with the fluffy hat on his head). He came from a home where his family had been eaten by raccoons, and the owner didn’t want to see the same fate happen to him so they contacted us to rescue him. When we took him in he was very shy at first, he would hide in the corner and not walk around much. Soon after, we rescued two more ducks; Berry and Remmy. At first, Berry and Remmy would pick on Quackers since they were already a group. But one day, Quackers said he had enough of their bullying and he put his foot down. Now, after much of their quacking between each other, Quackers is the boss of the group and they all coexist together! 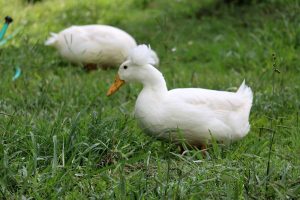 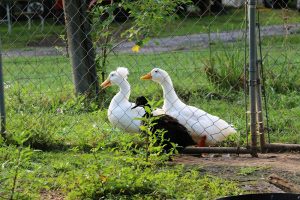 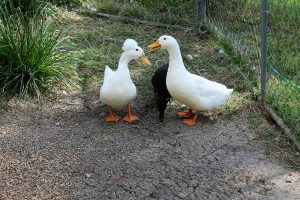 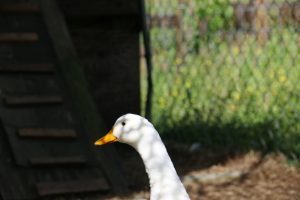 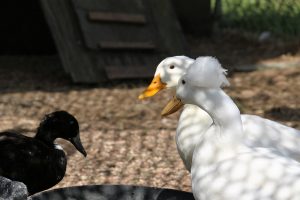 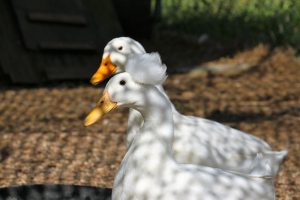 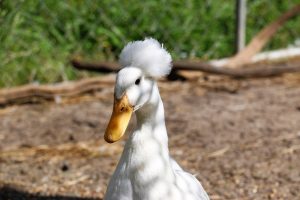 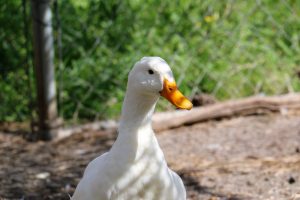 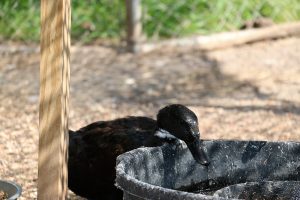 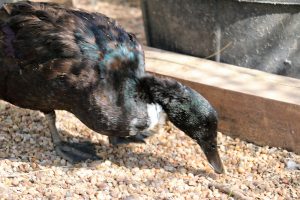 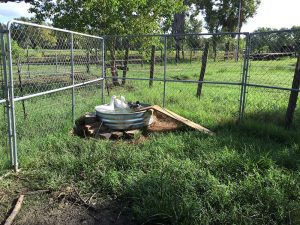 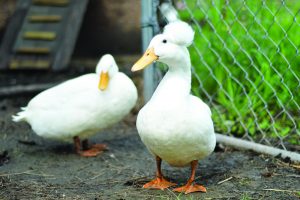 The Rowdy Ducks are available to sponsor in our Adopt an Animal Program. Read about it here.