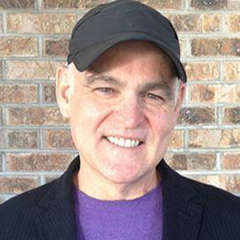 Paul is a board member of Rowdy Girl Sanctuary and holds a Bachelor of Science degree in Electrical Engineering. Paul has also been an advocate and full-time professional in the animal protection movement for the past 25 years. He served as the first CEO of Best Friends Animal Sanctuary during 2001-2009 and has served as executive coach and strategic consultant for some of the top national organizations in the animal protection industry.

Paul was the creator and executive producer of “Save the Animals, Save the Earth” campaign, Asheville VeganFest and the “City of Asheville Vegan Challenge”, the first-ever “city-proclaimed” vegan challenge in the US.

The primary deliverables of RAP’s R&D Committee are: (1) Development of a General Assessment Methodology (model) for ranchers interested in exploring transition from animal farming; (2) Development of “Transition Kits” that provide financial costing and ROI estimates for transitioning to the three core RAP Tracks; and (3) a RAP Consultancy of subject matter experts available to support Ranchers through all stages of transition.
See www.rowdygirlsanctuary.org/RAP