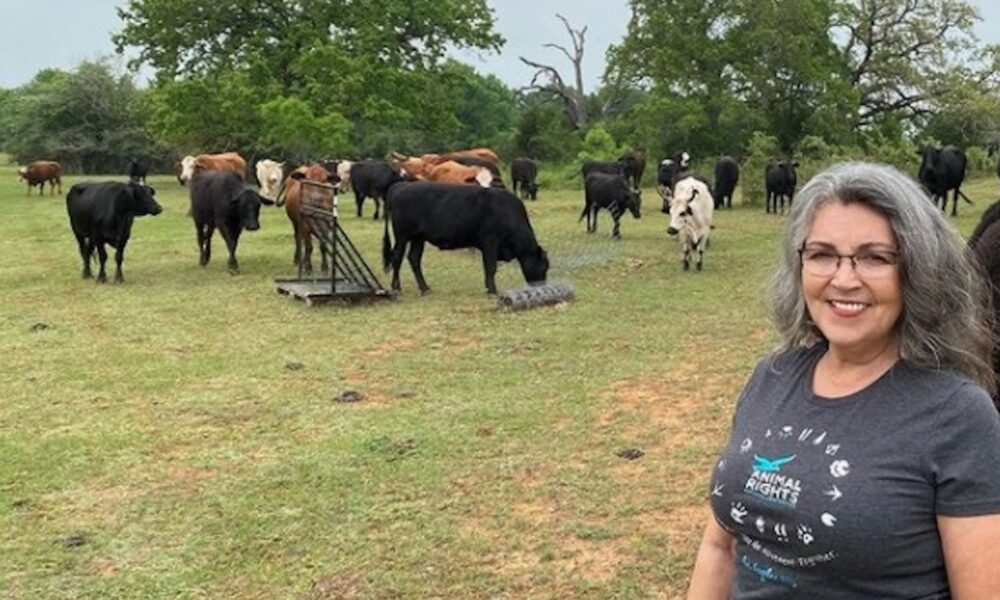 Ranch owner forced to change direction as wife turned vegan
If this article had been published on April 1, you could be forgiven for thinking it is an April Fool’s Day joke.

This stranger than fiction story starts with a beef cattle ranch in Texas, USA, the heart of cattle country.

A regular guy called Tommy Sonnen bought the 96-acre ranch as a retirement investment, so that he could sell his cows to the slaughterhouse and live off the fat of the land.

Yet what he hadn’t accounted for was his wife Renee doing a complete 180° on arrival.

Y’see, Renee fell in love with the cows.

Renee began spending all of her time with them and naming them one by one as they were no longer just a number to her. Needless to say, she swiftly went vegan too.

She even started singing to them with her guitar and coined herself their ‘cow moma’.

Then, when it was time to put the animals in the trailer and ship them off for slaughter, Renee couldn’t do it and she found herself in a huge stand-off with her husband.

This is where the story takes another unexpected twist… Renee decided to buy the cows. 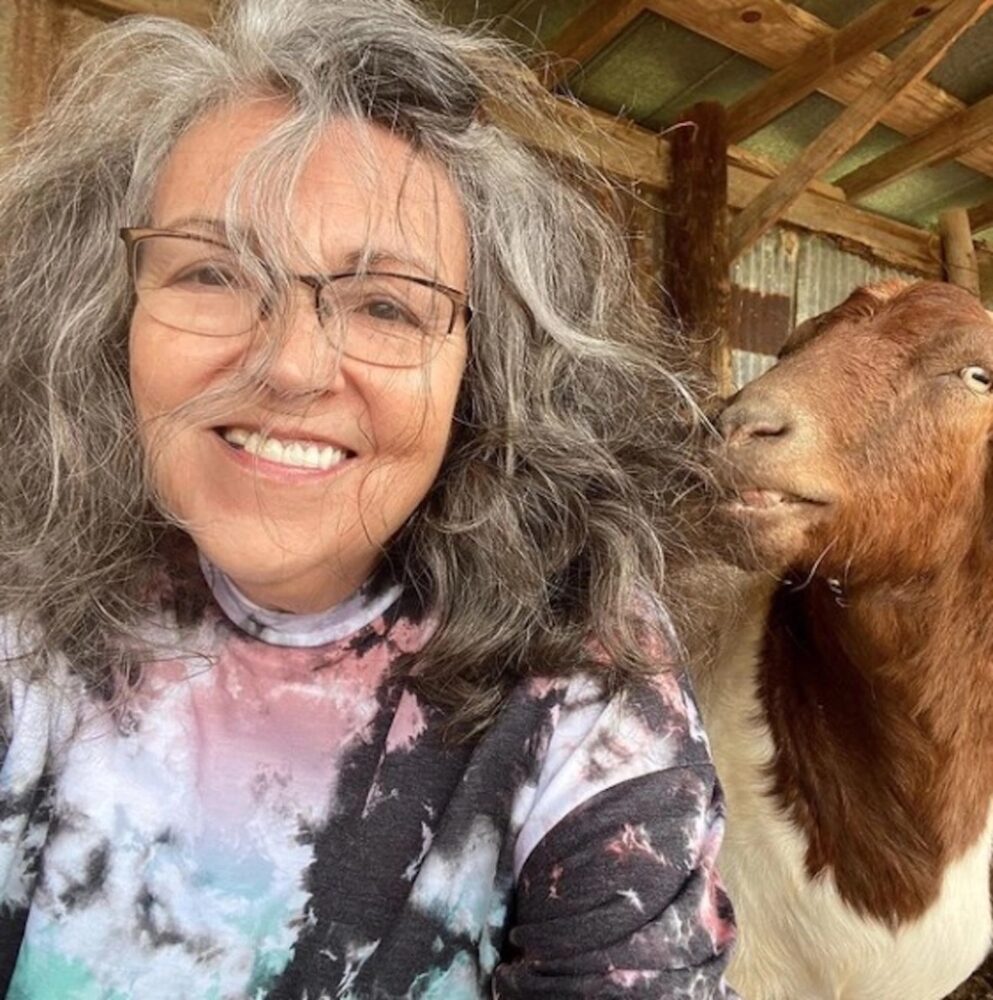 Desperate to save the animals, but aware her husband needed to make money, she began fundraising and was stunned when she raised $36,000 (£26k) in less than four months.

This was enough to buy the whole herd and protect them from their fate in an abattoir.

Rather than get mad, or get even, Tommy took a U-turn too and joined his wife as an animal rights activist with their ranch becoming the first ever in history to undergo a vegan conversion.

Not only are they mama and papa to their cows, they are also now home for many pigs, chickens, horses, ducks, turkeys, and a goat. 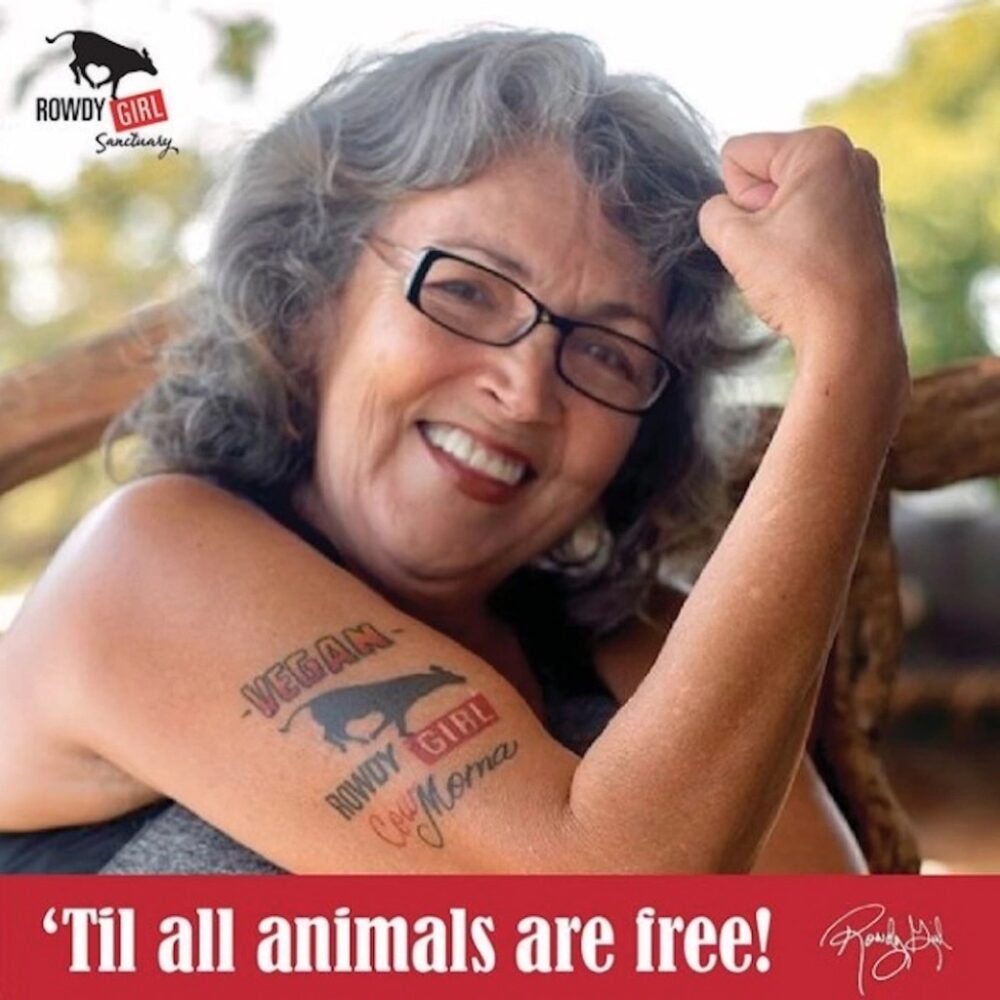 Speaking about their venture, Renee said: “All of the animals are well taken care of and they’re free to roam, and they now live out their lives in peace here.

“There are so many elements that are always moving at once, you need roads, you need infrastructure, fences, food, hay, vet care, the list goes on and on.”

She added: “Although it isn’t easy, it’s all worth it when I see folks leave here with an understanding that animals also feel pain, sadness, grief, happiness, and genuine affection, just like we do.”

Renee and Tommy really are living proof that it’s never too late to try something new, or change your lifestyle to align with your inner values. 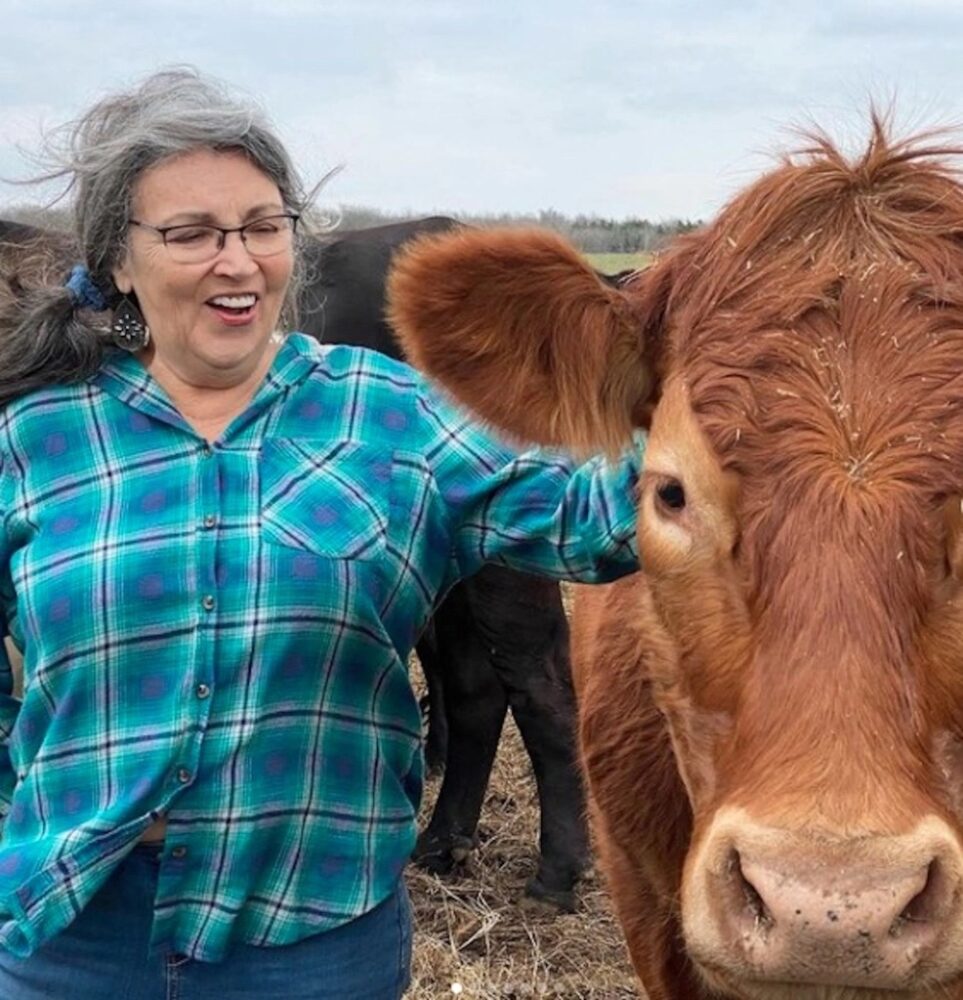