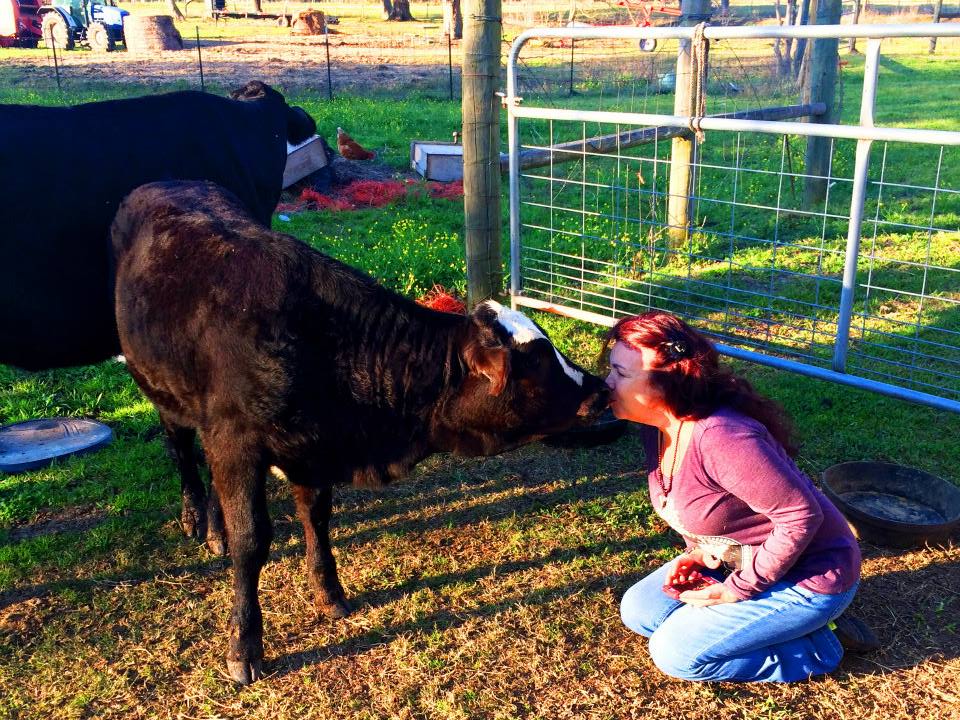 ANGLETON, Texas – Cattle are the state’s most profitable agricultural product, but one cattle rancher’s wife decided the animals are too priceless to sell.

Renee King-Sonnen married a fourth-generation cattle rancher six years ago. When she first arrived at the 96-acre cattle ranch in Angleton, she was afraid of the cattle – but said that soon changed after she spent time with them and got to know their unique personalities. When the first red trailer-truck came to pick up the young ones to be sold, her reaction surprised even her.

“I just could not believe the ways that the babies were looking. Mammas were running after the trailer. It just blew my mind,” she said. “And then they cried for, like, a week or more, all these cows, and I was in a very, very bad state.”

The very last time a red trailer-truck came to pick up cattle, more than a year ago, King-Sonnen refused to let them be taken away. With the cooperation of her husband, Tommy, they’ve decided to transition from a cattle ranch to a farm-animal sanctuary.

She has set up an Indiegogo campaign and has raised almost $12 thousand of the $35 thousand she will need to purchase the remaining steers and begin the transition to a nonprofit animal sanctuary named after one of her cows: Rowdy Girl Sanctuary.

The red trailer-truck would come two to three times a year, and it became more unbearable for King-Sonnen. After watching several films and videos about animals and how they are slaughtered, she is now living a vegan lifestyle, which she says is better for her health, certainly better for the animals and better for the environment. too.

“I mean, I had to see it, I had to witness it. I had to realize that I couldn’t be petting my dog and my cat and eating my chicken,” she said. “I mean, being vegan has changed my soul, I see the animals as individual beings, now, that I share this planet with.”

It took some time for King-Sonnen’s husband to come around to the idea of going from a cattle rancher to animal rescuer, but she said he is being very supportive. He currently is working on separating the bulls; they have several cows that are currently pregnant.

King- Sonnen’s Facebook page is at facebook.com. Her Indiegogo page is at indiegogo.com.