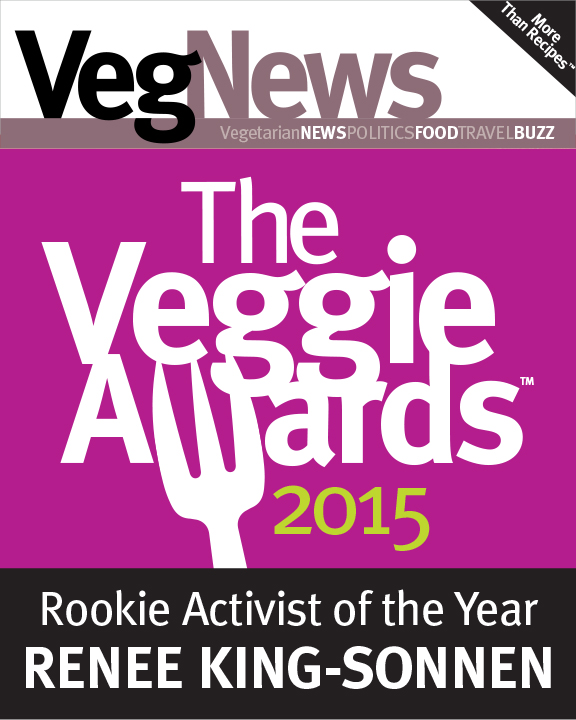 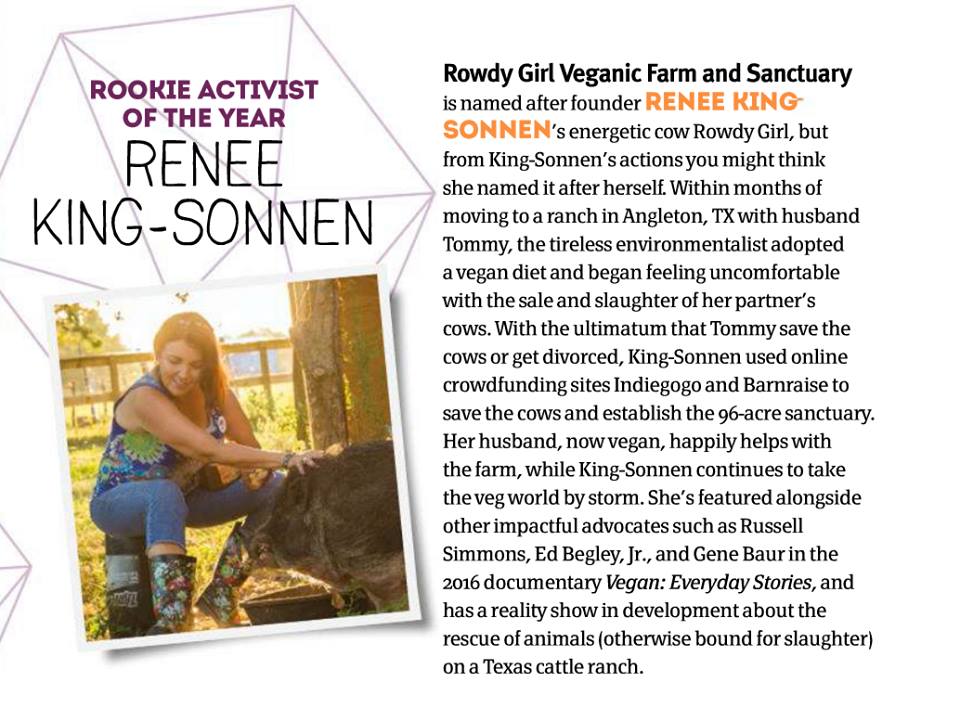 I never saw this coming!  2015 – Animal Rights Activist Rookie of the Year Award?!! I didn’t even know there was an award for “animal rights rookie of the year.” When I first heard about the Veggie Awards I was inspired to participate and have fun because I love to be involved with causes I am passionate about, and I saw VegNews as an outstanding platform to share my voice.

When I saw that I was a nominee in the “favorite animal sanctuary” category I was surprised because we are not even a year old yet, and I was competing with Farm Sanctuary, Gentle Barn and other great sanctuaries. To even be recognized as a nominee was enough for me. Nevertheless, I went to work sharing the post often and asking all my friends and followers to vote. Through this process I began to experience true community in the vegan world and I got to know other vegan services, products, activists and public figures that I had never heard of. 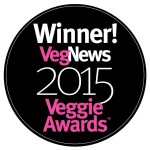 VegNews is a “one of a kind” magazine and vegan news source.  I believe they’ve been in publication as a glossy magazine for 10 years and the publisher/co-founder Colleen Holland reached out to me months ago to let me know that she thought we were doing a great job. They have since written an article about the development of the sanctuary and I just couldn’t be more excited and humbled by this national recognition. VegNews has 225,000 readers in 30 countries.