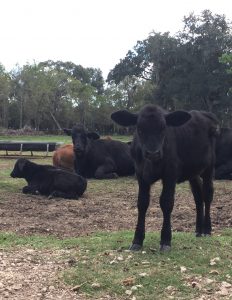 We got the call on Friday, September 15th. Norman Tucker, a resident of the Bar X Ranch subdivision found a baby calf that had taken up residence near the doorsteps of a Bar X homestead in Angleton, TX. Norman said that it appeared she had been in flood waters since Hurricane Harvey swept through Angleton late August. “There was 4-5′ of water where she was found…I don’t know how she survived”.

Norman asked area ranchers if the calf belonged to them and no one stepped up to claim her, so when he called back on Saturday, Tommy and I were elated to retrieve the baby girl and bring her to Rowdy Girl where she will live her life without the threat of ever being slaughtered. Meet Harvey “Rainbow”.

When we got to the scene, baby Harvey was curled up right by the doorstep. I got on all fours and quietly approached her to gain her trust. The rest of the team stayed behind and quietly proceeded when it was time. Harvey resisted a little bit but seems she was ready for her next adventure as the pictures below clearly show. Harvey was placed in the back seat with Kate and we all went home.

She had a skin condition called “River Rot” on all 4 of her tiny legs. She was thin and malnourished. A vet came out to treat her. River Rot is a skin disease caused from standing in toxic, chemical laden waters for long periods of time. She was a baby in need of lots of milk replacement formula and tender loving care. She received vet care for the “river rot” yesterday and was drinking her milk formula right out of a bowl (up to 3 times a day!)

We were deeply encouraged by Harvey Rainbows progress. She was drinking her milk, and for the first time was able to take a bottle. The vet team came back out and doctored her up real good with a shot for infection, medicine for her little legs and a special shampoo for all the bacteria that had infiltrated her body.

Kate, Stephen and Tommy worked together quickly with beautiful compassion as they prepared her for her full body treatment, body scrub and medicated bath. (See pics and videos below.) We weren’t quite sure how receptive she was going to be but because so much love was gushed over her she settled quickly and relaxed in their care. Spa day at Rowdy Girl is always fun, and it is a joy to witness animals that are considered nothing but a commodity; and food on a plate, to be pampered and doted over like family.

Harvey Rainbow was the first “cow” back home at Rowdy Girl, and we rescued her at a time when our sanctuary has been overwhelmed by Hurricane Harvey. 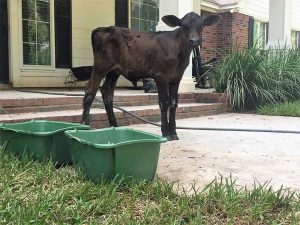 The moment Harvey Rainbow stood up and we made eye contact. This is where she landed after getting stranded and washed up by Hurricane Harvey. 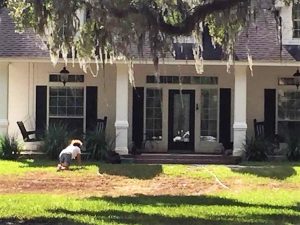 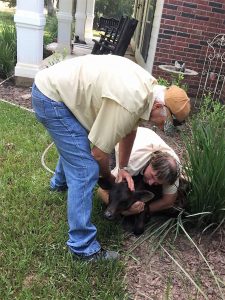 Norman and Tommy with Harvey 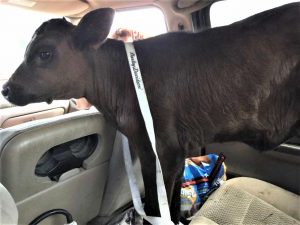 Harvey in the truck – she peed all over the back seat 😉 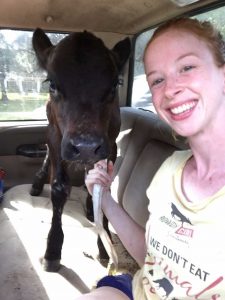 Kate riding with Harvey in the truck 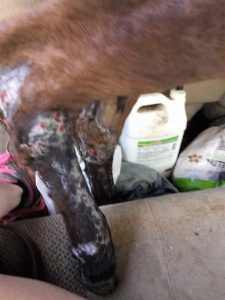 River Rot on all four of Harvey’s legs. 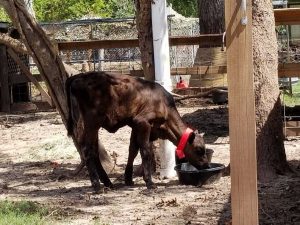 Harvey Rainbow drinking milk replacer from a bowl – at this point she was unable to suck on a bottle. 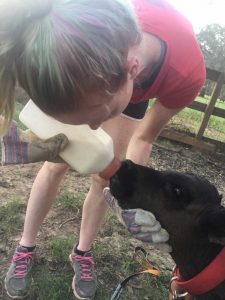 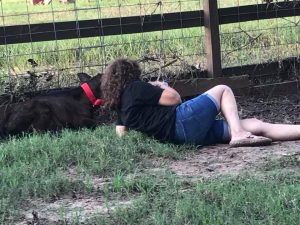 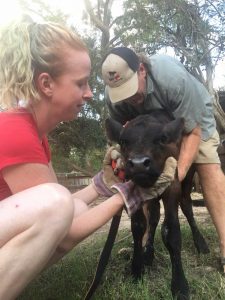 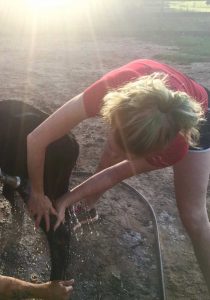 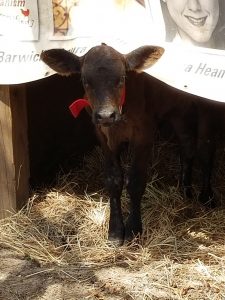 Harvey Rainbow is borrowing Gizmo, Penny and Roux’s Piggy Palace – keeping it warm for them! 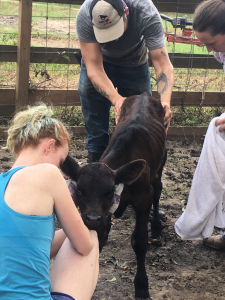 Great teamwork as the vet, Dr. Kris Anderson along with her vet tech, Kate and Stephen caring for Harvey 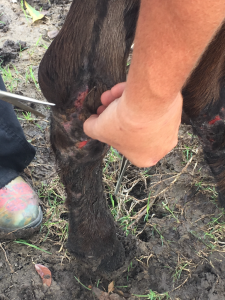 The “river rot” on her little legs is horrible – here, the vet is cutting off the dead skin 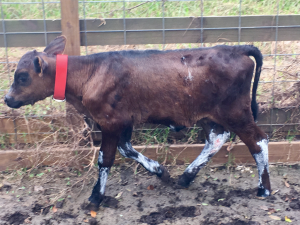 These boots are made for walkin. Harvey Rainbow all fixed up with her first treatment 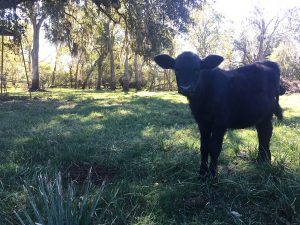 Harvey enjoying the cool air under some shade 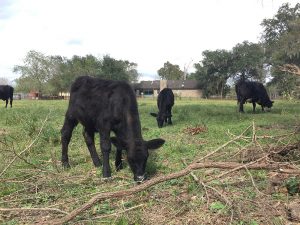 Harvey is available to sponsor in our Adopt an Animal Program. Read about it here.