THIS IS A STORY OF THE HEART! CATTLE RANCHERS IN HUNTSVILLE TEXAS, Cindy and Richard Traylor are in our Rancher Advocacy Program. Cindy went vegan first and now RICHARD IS VEGAN – A 6th Generation cattle ranch family has just ended the tradition of violence on the Traylor Farm. Missy, Monty, Cinnie, Sammy and Minnie are the last of the Traylor herd and they are all NOW at Rowdy Girl Sanctuary, where they will live out the rest of their lives! They are all under 3 years old and cows can live up to 20+ years old which is why we are ASKING FOR YOUR HELP THIS GIVING TUESDAY! Will you help us take care of the Traylor Herd?

Cindy and Richard Traylor are grieving the loss of their babies. There is no more moo cows out in the pasture. They know its for the best but the sudden loss of cow energy on their land is painful. Yall the Traylor’s are former Texas Cattle Ranchers that are now Vegan! PLEASE HELP US CARE FOR THE TRAYLOR HERD FOR THE REST OF THEIR LIVES. YOUR DONATION WILL ALSO HELP US HELP OTHER RANCHERS LIKE THE TRAYLOR’S IN OUR RANCHER ADVOCACY PROGRAM!

In this video, you are witnessing Missy being reunited with Monty, Sammie and Cinnie. Missy came to Rowdy Girl about 6 weeks ago and has been quarantined awaiting the arrival of her siblings–though she had no idea that she was about to be reunited. As far as she knew she would never see them again. To watch the pure joy and bliss occur when Missy realized her family was with her again is the best feeling in all the world!

Monty (red with the white heart) is Missy’s (solid black) half brother. Sammie (solid red) is also Monty and Missys half brother and Cinnie (solid red) is Monty and Missy’s half sister and Sammie’s full sister. Towards the end you will see the last of the Traylor herd, Minnie (black with a white heart) reunited with her brothers and sisters. Minnie is the full sister of Monty and 1/2 sister to the rest of the herd.

Monty and Minnie are inseparable and bonded. Sammie is really protective of the shy but curious Minnie. Monty and Missy are both very curious and outgoing. Cinnie is very sweet but shy and demure. 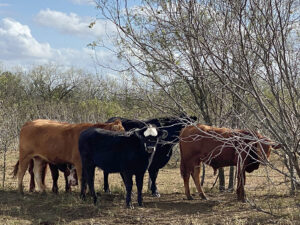 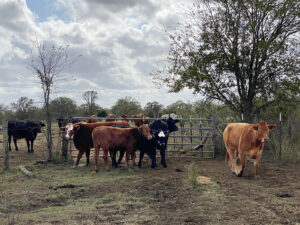 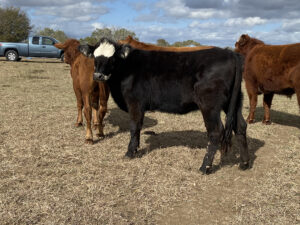 Minnie and the Gang 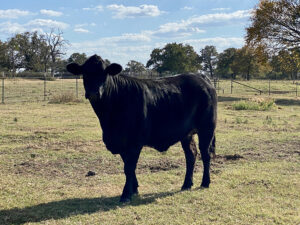 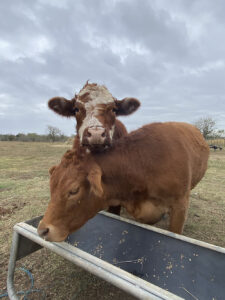 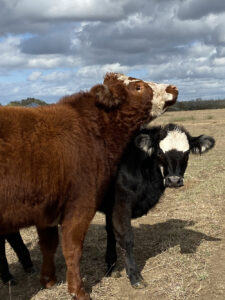 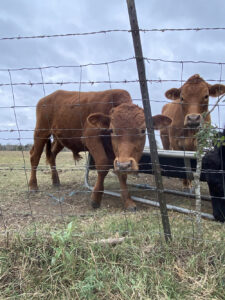 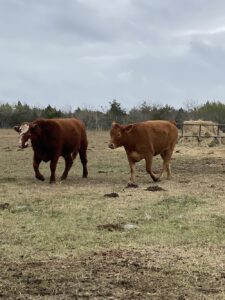 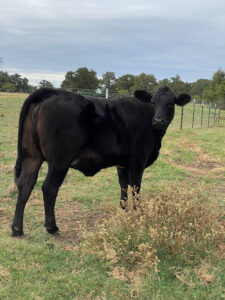 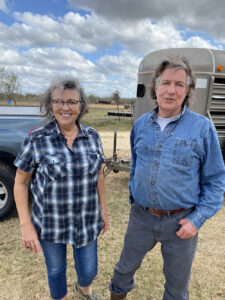