Buster came to us by way of a compassionate Texas Cattle Rancher that fell in love with him when the calf was unable to bond with his Mother. Evidently little Buster was thought to be abandoned by a ranch hand and placed in a covered stall when the cattle rancher wasn’t in town. When the rancher got to Buster, he was near dead from lack of nutrition and hydration. The rancher jumped into gear and revived the little fella with colostrum, vet care and vital nutrients. While caring for Buster the rancher bonded with him. He couldn’t bear to see him go to auction because he said Buster was just like a pet to him now. 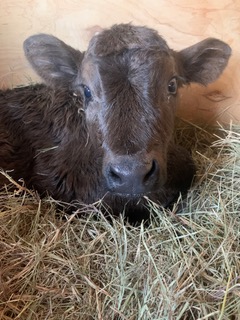 Buster was born on January 28th. His mom was a heifer (first time mother) and she had difficulty delivering him. I was on my way out of town when I noticed her having trouble. I had a friend come watch her to see if she could deliver without help. After a few hours it was apparent she couldn’t have the calf without assistance. We called the veterinarian who came and pulled Buster out. The momma cow had been through a lot and she did not accept Buster. It was getting late and our helper had to leave so he put Buster in the barn and left. I was able to get back late that night and when I got to Buster he was barely alive. I had picked up some colostrum and immediately tried to get him to nurse. He was too weak to take a bottle so I held him in my lap and dripped it in his mouth a little at a time. I didn’t know if he was getting enough to survive and it was also very cold so he was having a rough start in life. I stayed with him until about 3am and I did not think he would live when I left.  When I returned at daylight I was surprised to see him standing. He still had trouble nursing but I was able to get more colostrum in him. He was a fighter and by the end of the day was doing much better.

I had to leave town again the next day so my partner’s son took Buster to his house and was able to get him to finally nurse properly after a few days. When I returned we brought Buster to my house and I converted a chicken house into a pen for Buster.  I couldn’t believe how strong he had become at nursing would butt the bottle really hard so if you weren’t paying attention be would bust you and so I named him Buster! I bonded with this calf in a special way. He has such a sweet personality and loves people. He would follow me around so we would take walks and he would run and kick up his heels. He would also give me snuggles when he got tired by putting his head under my arm at my side and he enjoyed being held and scratched on his back.

Buster was two weeks old when the ice storm hit and it was hard on him. I moved him inside our well house and was able to keep him warm but it was a very small space. I would take him out walking in the snow and he was so happy to run and play. His front legs are abnormal, probably due to the extraction at his birth. It doesn’t slow him down but I was concerned about his future and I had become so attached to him I reached out to Rowdy Girl to find him a forever home where could live out his life happily.

This little fellow stole my heart and I’m so thankful he gets to have a happy life now. I can’t say enough about the great job Renee and her staff do at Rowdy Girl. I was involved when they bought their current ranch and I am so impressed at how much they have accomplished. I sure do miss my buddy Buster but I’m so happy for him to live in such a wonderful and loving environment as Rowdy Girl Sanctuary.

Buster is available to sponsor in our Adopt an Animal Program. Read about it here. 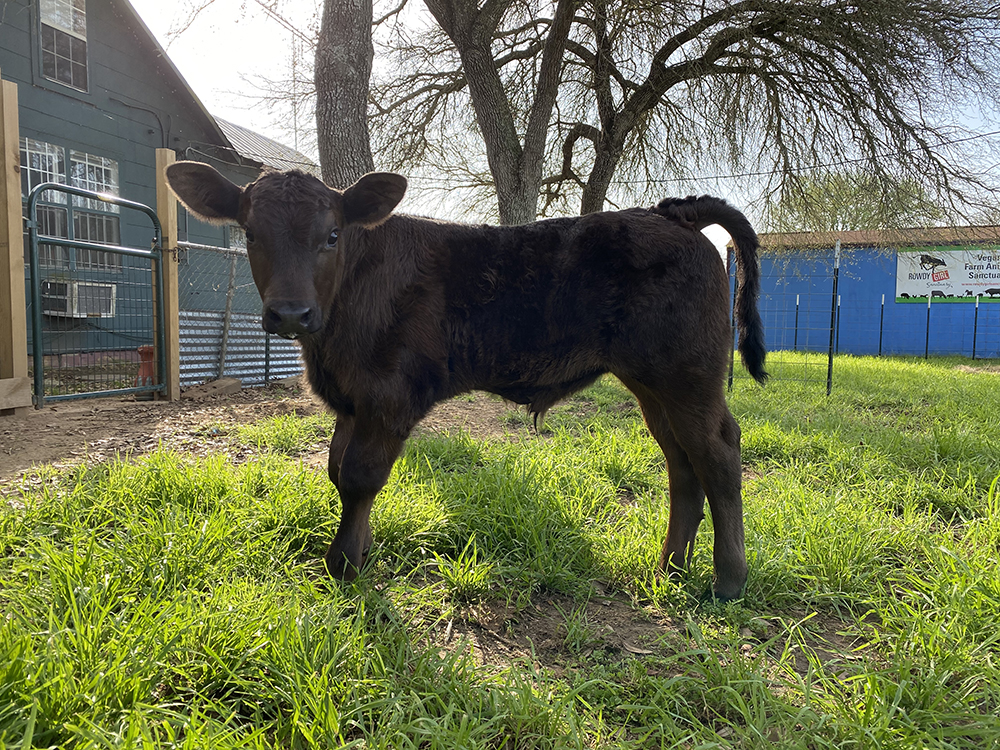 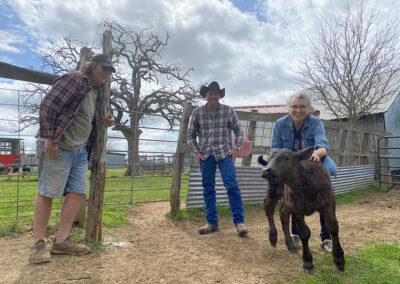 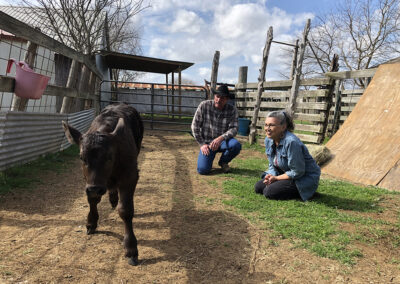 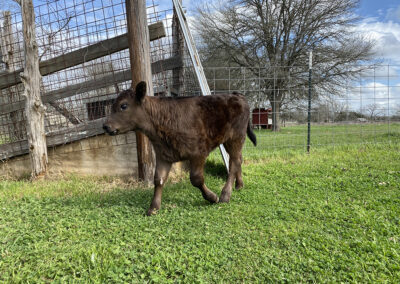 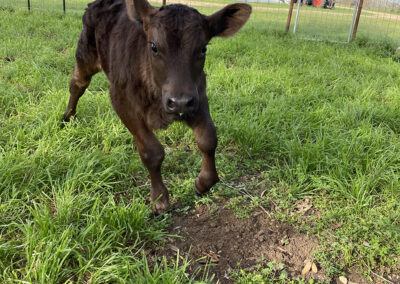 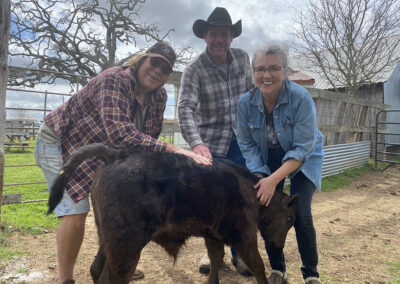 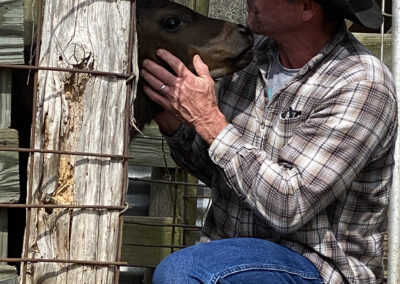 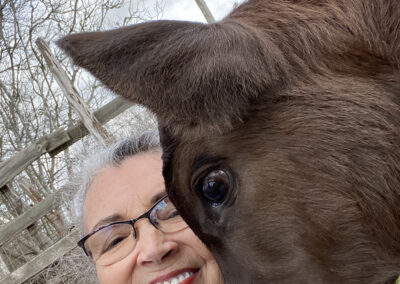 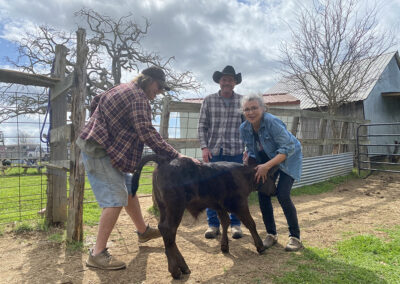 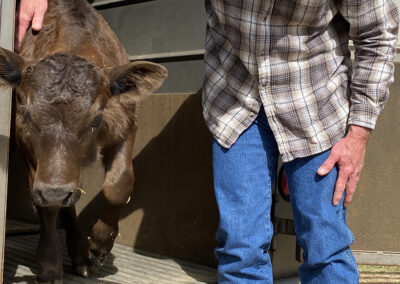 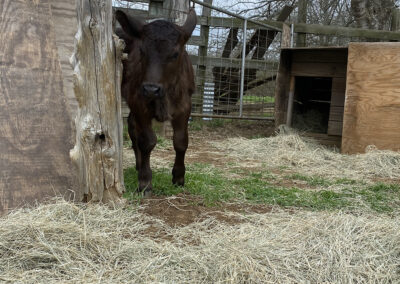 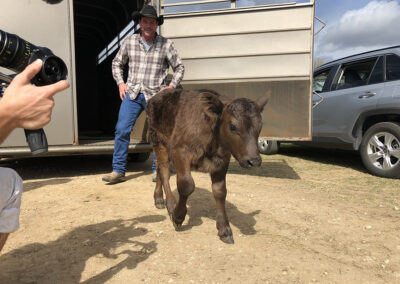 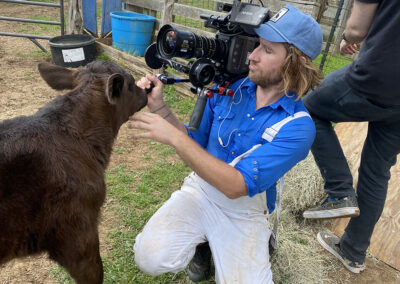 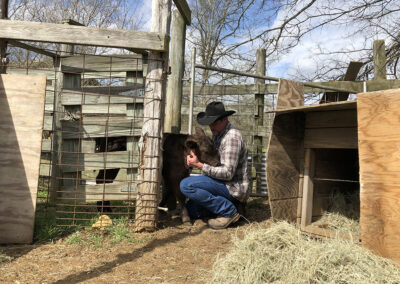 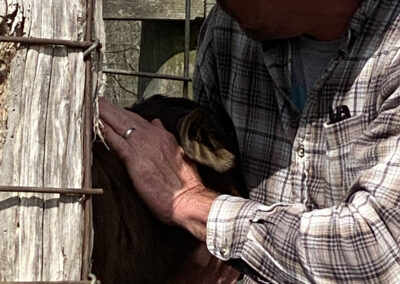 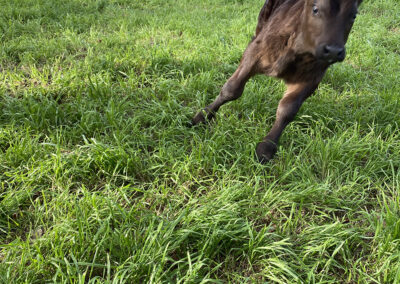 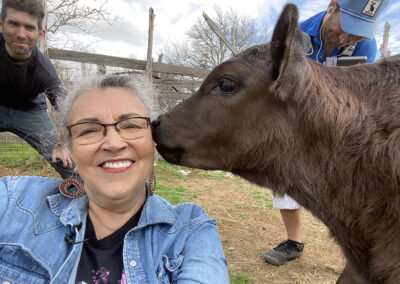 Buster is available to sponsor in our Adopt an Animal Program. Read about it here.