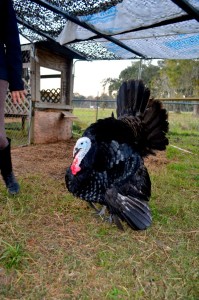 Cooper was a Spanish Breed Heritage turkey and came to us at 3 months old. Cooper, like so many young turkeys spend their young lives in very small cages in feed stores awaiting to be bought to be fattened up for a human’s holiday dinner. As fate would it, a kind lady named Lizzy stepped in because she was at the feed store buying feed for her duck. She saw Cooper being man-handled by one of the young workers; he was being held by his ankles upside down and being shown to someone that was considering him as a Thanksgiving feast. Lizzy stepped in and bought the turkey and then figured out what to do next. She pleaded on Facebook and my dear friend Michael Cooper came to the rescue of Cooper and he transported him to Rowdy Girl in a box in the front seat of his car. Cooper got his name from a contest and was named after Michael Cooper. 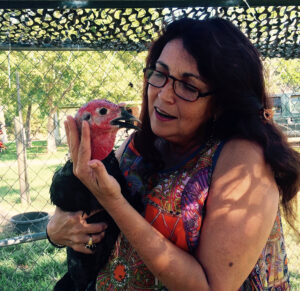 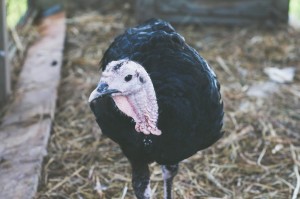 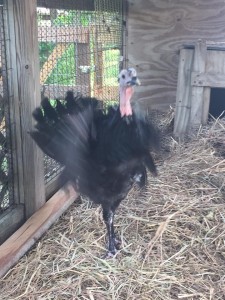 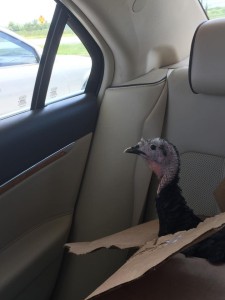 Watch the video of Cooper’s trip to Rowdy Girl Sanctuary: