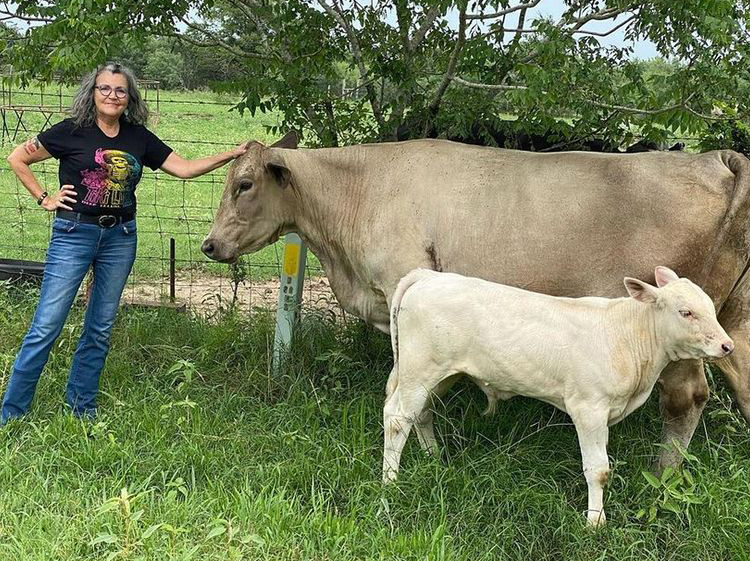 Mary was so distraught when I spoke to her because Grace was bottle raised since she was a baby by Mary, after Grace showed up on their land all cut up on her underside by barbed wire. Mary loves Grace and the tenderness between them is palpable.

Grace is pictured here with her baby Randy. Grace would’ve been sold to auction, but instead, Mary was willing to do whatever it took to get Grace and her baby to safety. She worked it out with her husband to get Grace’s mastitis treated and got Randy sterilized. They rode 5 hours to Rowdy Girl and Mary was so relieved to find Grace and Randy a home on a sanctuary. 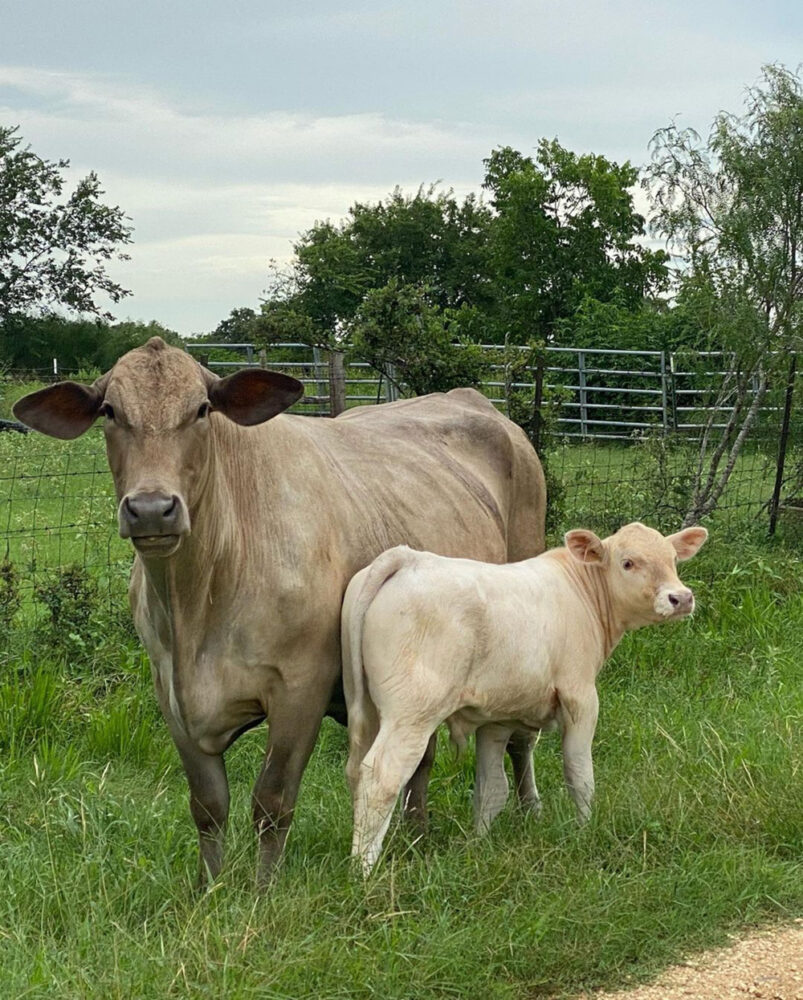 I am in love with Grace and Randy. They are so calm and mild mannered. Mary really must’ve loved them so much. It’s hard to believe they were at a working cattle ranch. I’m thoroughly enjoying spending time with them and watching them get acclimated to their surroundings. Buster, our other boy that was rescued from a local cattle rancher wants to play with him pretty bad and it will be fun to see that happen soon.

Randy is Grace’s baby – he’s 7 weeks old and on his 2nd day at Rowdy Girl he blessed me with his presence by spending quality “curiosity” time with me. This little boy is so sweet and his Momma Grace is too! We’ve got forever to gush over this gorgeous little boy Randy, and his sweet, gentle mother, so appropriately named Grace. Sponsor me and my Momma and come meet us soon! 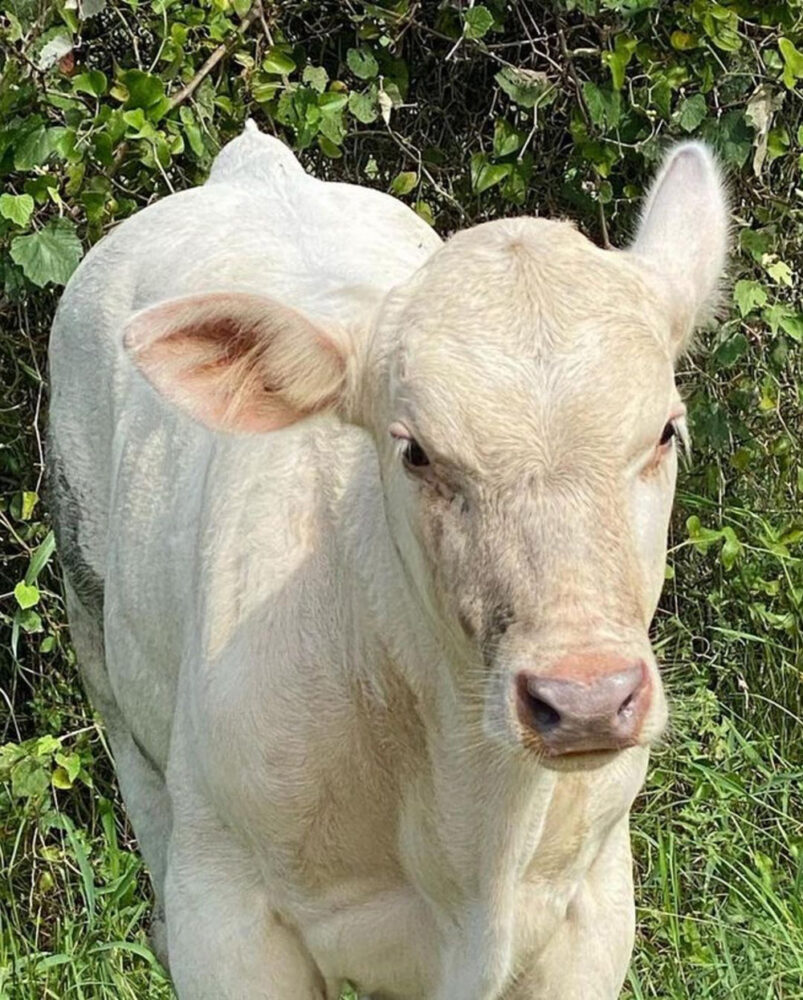 Mary, the ranchers wife, visited Grace and Randy a couple weeks after they surrendered them and brought them love and snacks. 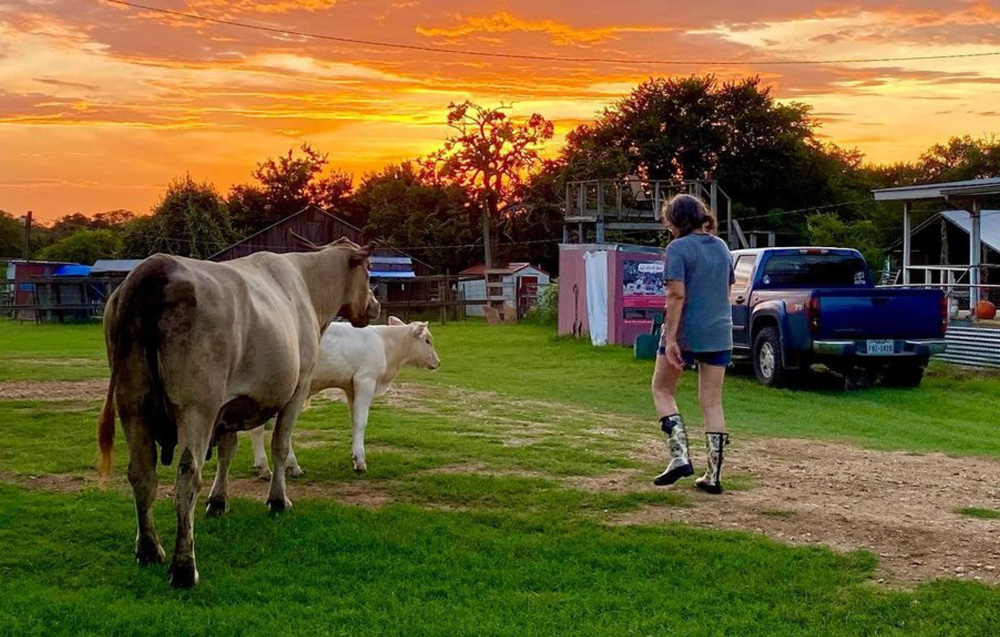 Sweet Grace and her baby Randy are doing so good. Acclimating well and so calm – how can anyone, anywhere consume the bodies of these peaceful earthlings? They are so passive and they fiercely protect their babies. Grace is an all knowing soul with a depth that radiates from deep within her. She is trusting and gentle beyond words.

Grace & Randy are available to sponsor in our Adopt an Animal Program. Read about it here.