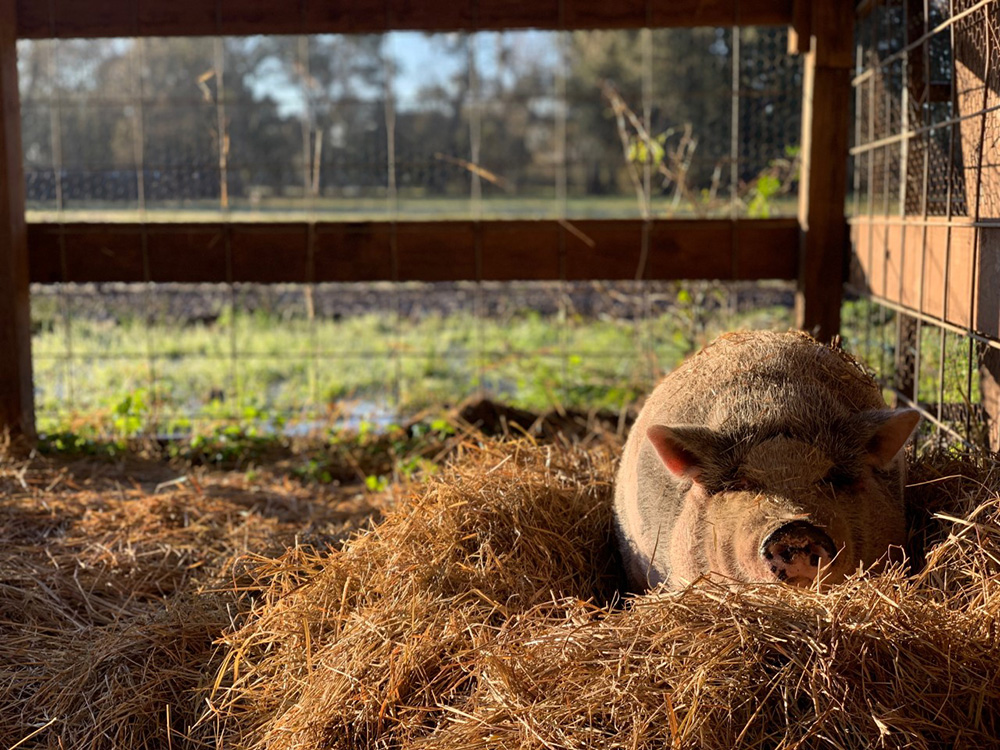 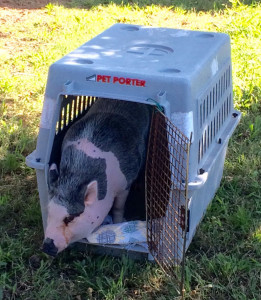 Ivy came to Rowdy Girl because the family cared so much about this baby that they could not bear the only other option looming in their face—euthanization.   They had tried everything and were in a state of despair.  Several unforeseen family circumstances had caused this loving family to be unable to give Ivy the care she was accustomed to as a spoiled little princess.  A beloved family member fell ill and came to live with the family and little Ivy was unable to cope with the changes and it caused her to be aggressive towards family members and guests.  Loan called me in tears, desperate for sanctuary for their beloved family member – they brought her here on the same day that Roux came.  Ivy is settling in beautifully and her, Roux and Herman are the best of buds.  Here’s Ivy’s story as told by Loan: 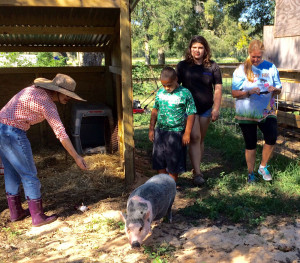 “Hi my name is Ivy and I’m a pig that will do anything for peanuts! I was adopted by the Phan family in Virginia. We used to play in the front yard and run around and every lap they would give me a delicious peanut! Soon we moved to Texas. It was much more hot and humid but it was great. I moved in with another person for a little while. He was the Phan’ s uncle and he took great care of me. I then moved back to the Phans and I had loads of fun. The dad made a wooden pen for me to stay in for the day and their backyard had so many things to explore. I get walked every morning and I like eating different types of grasses. I now enjoy this great farm with my new farm friends.” 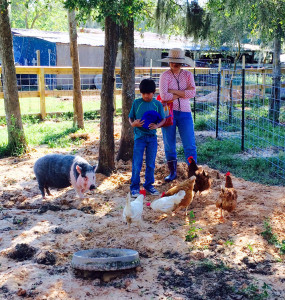 Ivy’s all settled in.

The Phan family is donating monthly to the care of Ivy – they brought all of her comfort items like bedding, favorite bowls and foods. 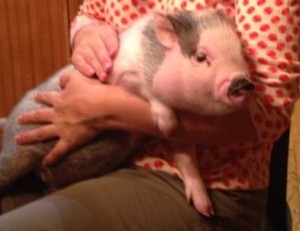 Ivy as a baby. 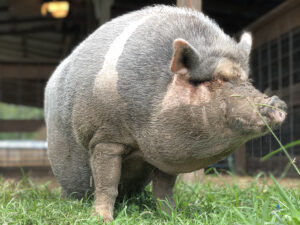 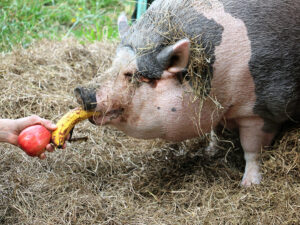 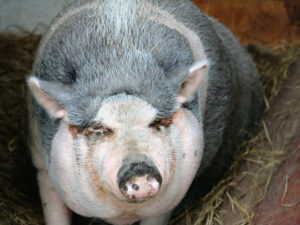 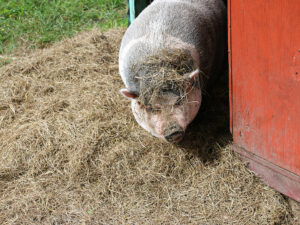 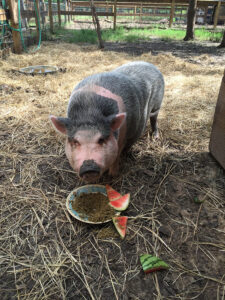 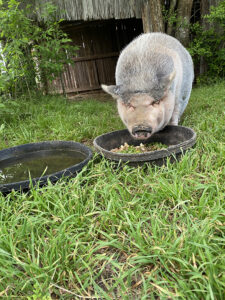 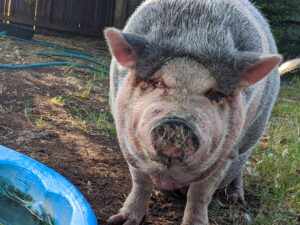 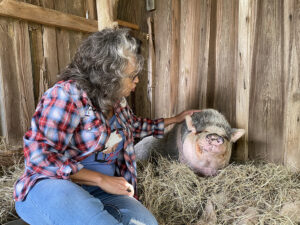 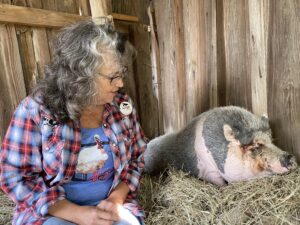 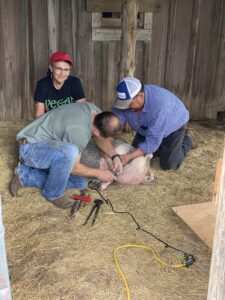 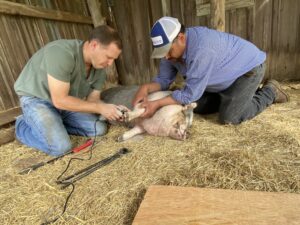 Ivy is available to sponsor in our Adopt an Animal Program. Read about it here.