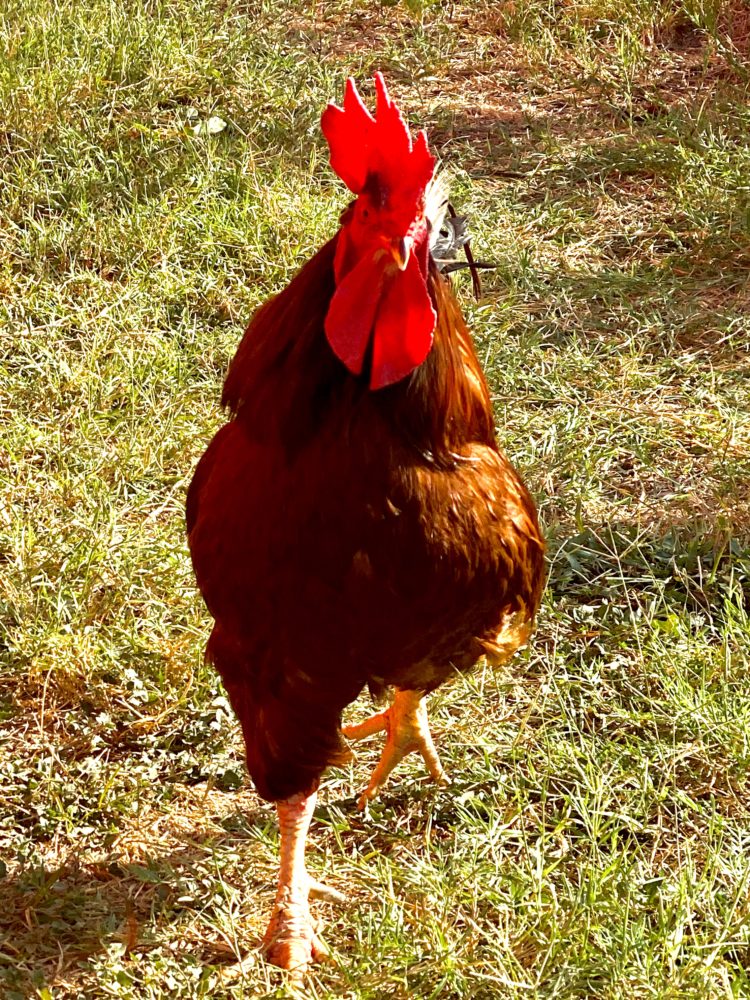 This guy’s name wasn’t always Michael Jackson. We had called him Mary Sarah at first because we thought he was a girl! When we found out that he was a boy we renamed him MJ. Michael was found with his friend Daisy. His rescuer claimed to have found him while he was jogging in memorial park. 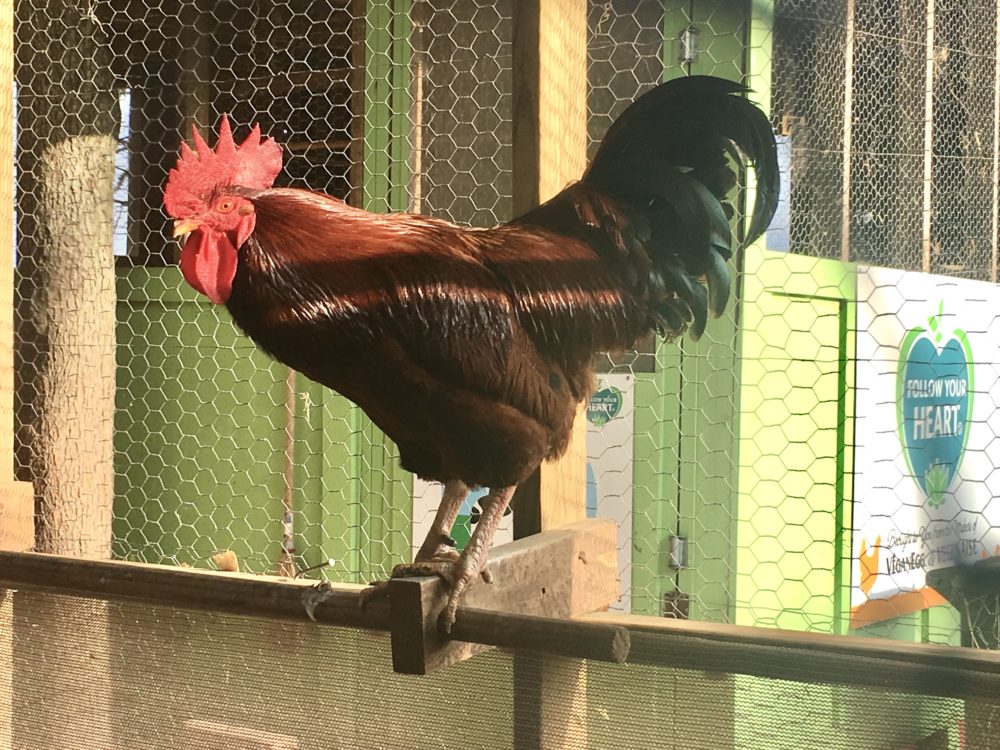 Little Michael grew up to be a very large rooster… 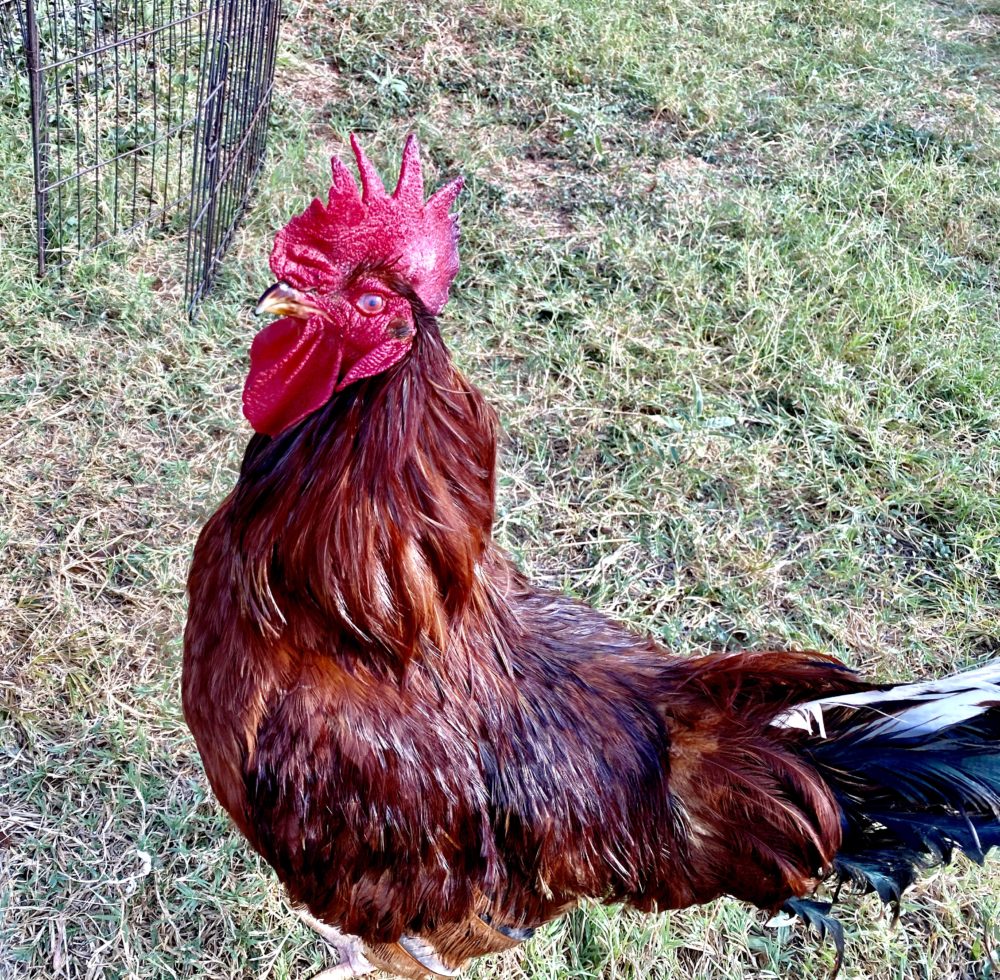 …And oh boy does he ever have the cocky personality to match!