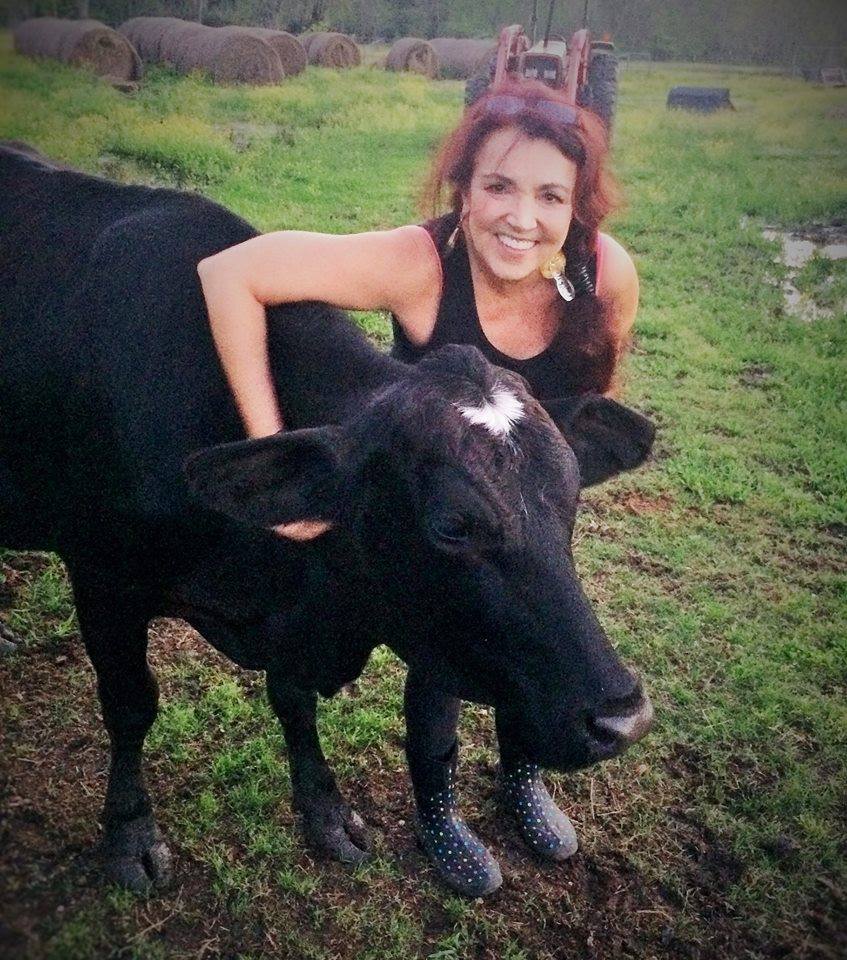 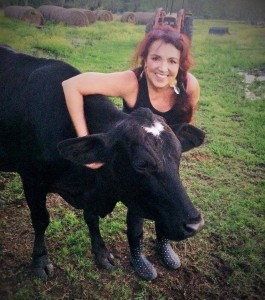 Every vegan has a unique story about his or her transition, but most don’t start with marrying a fourth generation cattle rancher. That’s the fascinating tale of Renee King-Sonnen, a remarkable woman whose vegan journey is about to save 28 lives—and many more in the days to come.

The country music singer and passionate vegan advocate is raising $35,000 to start a safe haven for farm animals.

“Rowdy Girl sanctuary will be the first-ever Texas beef cattle ranch to turn into a vegan farm animal sanctuary,” she explains. “It is my mission to be a beacon of hope for Texas.”

So how did her unusual journey begin?

After moving to her husband’s farm, King-Sonnen became acquainted with the resident cows. She watched them, pet them, knew them; practiced yoga in their presence; named the new babies. Then she had to bear witness to the sale of these same babies—as well as to the aftermath: the anguish of the mothers.

“The farm animals became friends of mine. I saw their individual personalities. I saw the paradox of eating the very animals I loved in the form of sandwiches, stews, wings and chops; I couldn’t stomach the idea anymore,” King-Sonnen tells Latest Vegan News. “How could I eat a chicken filet and love my chickens? How could I eat a hamburger and love my cows? Then the red trailer rolling out with the babies ripped my soul out. I couldn’t take it anymore.”

She went vegan in October of last year and began actively battling her husband about the sale of animals, creating major conflict in her marriage—and launching herself into a whole new world. King-Sonnen’s Facebook page: Vegan Journey of a Rancher’s Wife, chronicles her transition—and that of her husband Tommy’s.

Amazingly, Tommy is now a vegetarian and actively helping her make the Texas sanctuary dream a reality.

The price tag for the creation of Rowdy Girl Sanctuary is $35,000. Why $35,000? To save their lives, King-Sonnen is purchasing the cows from her husband. Many have questioned this arrangement, and as King-Sonnen explains, this was how she was able to convince her husband to give up ranching forever. In return, he’ll lease the ranch property to the sanctuary for $1 a year until it can sustain itself financially.

For those in the area, she’s also hosting a Vegan Awareness Festival & Fundraiser on Saturday, May 2 in Angleton, Texas.

Kip Anderson, director of Cowspiracy, will be in attendance, along with entertainment by Erin Eder and Wild Cactus Rose, and talks from Kathy Landry, Lorena Mucke, Dr. Philip Conklin and Sonnen-King herself. At least 200 people are expected to visit the 96-acre former beef cattle ranch.

The sanctuary idea has seen an overwhelming amount of support, King-Sonnen says.

“We don’t have any issues with neighbors,” she recounts. “Local folks at church are perplexed.  My minister said I shouldn’t name the animals. Honestly, at this stage, locally we have had no opposition. But once we put up a sign and the local media gets wind of this story that may change. I really don’t know. I focus on my mission.”

The only conflict she’s really faced has been via the internet, she says, with ranchers from other states weighing in and vegans taking issue with the fact that she has to purchase the cows.

Mostly, she’s received support and encouragement, including from many notable names in the vegan world. Clearly people are on board with the message and the mission.

Through it all, King-Sonnen wants to spread the word that people should consider veganism.

“If you can’t consider it because of animal rights, then consider the reasons for our environment and for the future generations. If everyone ate animals we would need two planet earths to accommodate. The human species must see the statistics that are staggering in terms of animal agriculture and the footprint of devastation, deforestation and wasted resources that we are using to support an industry that is keeping food in the bellies of the animals we eat while so many children are starving in the world.  I would tell you to watch Cowspiracy and Forks Over Knives. The truth will set you free if you are willing to face it, look it in the eye and consider the ramifications.”

To help make Rowdy Girl Sanctuary happen, you can donate to its Indiegogo campaign in the next 28 days, or, if in Texas, attend the fundraiser and show your support for a truly amazing cause.