Wilma was saved from a parking lot the size of two football fields in Bastrop, Texas – Her story involves a fireman, me, Tommy, and several other local citizens. 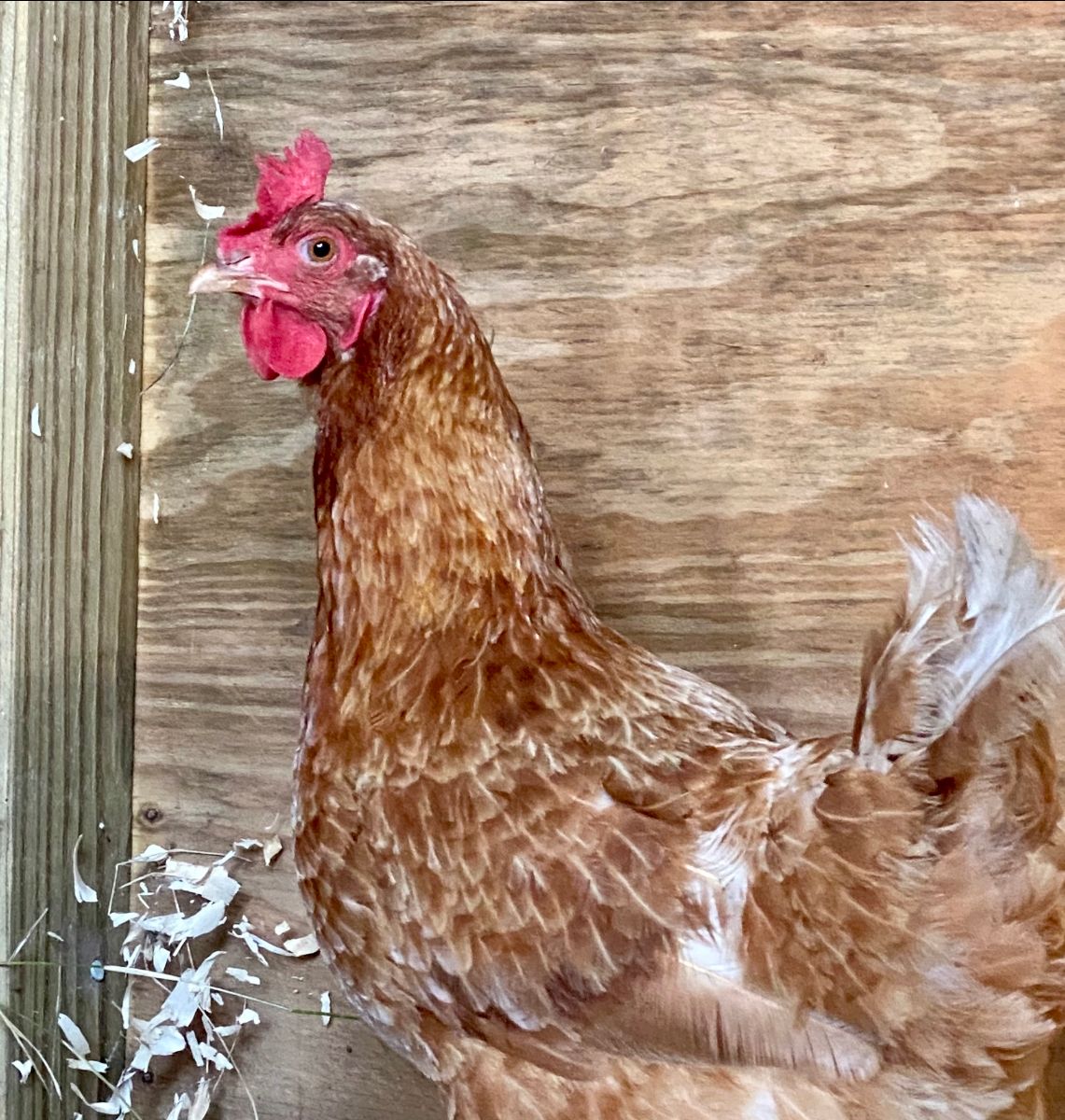 Tommy and I were in Bastrop to go to the grocery store at the beginning of the pandemic lockdown. We were at a Burger King waiting in line because Tommy wanted to get an Impossible Burger. The shopping center we were in was the size of two football fields and there were no cars in sight except for the ones that eventually stopped to help us during Wilma’s rescue. I looked out of the window while we were in line and saw a chicken near a busy road pecking away in the only grassy knoll in sight other than hundreds of yards of pavement. I couldn’t believe my eyes and I said to Tommy, “Tommy, there’s a chicken over there”. And Tommy said, “no way”. I sad “yes, way”! He thought I was seeing things and didn’t believe me. Before he could say another word, I jumped out of the truck and ran towards the chicken.

As I began to approach Wilma’s vicinity I slowed considerably so as not to frighten her into the busy road. I immediately started trying to apprehend her. I was determined that we were going to leave with that chicken. Straightaway, Tommy came over, parked the truck in the empty lot and started helping me rescue Wilma. She wasn’t having any of it. After about 20 minutes a lady and her two kids stopped to help. Boy, did we ever look funny out there in the middle of that parking lot running here and there trying to catch a chicken. Next thing you know a fireman stops to help–uniform and all, and then another lady came along. After about an hour of huffing and puffing, climbing on all fours and trying to coax Wilma out from underneath cars we caught her. That girl was fast and in her final attempt to out run us she went up to one of the empty buildings in the strip mall and we were finally able to corner her when Tommy tossed his jacket over her and scooped her up. 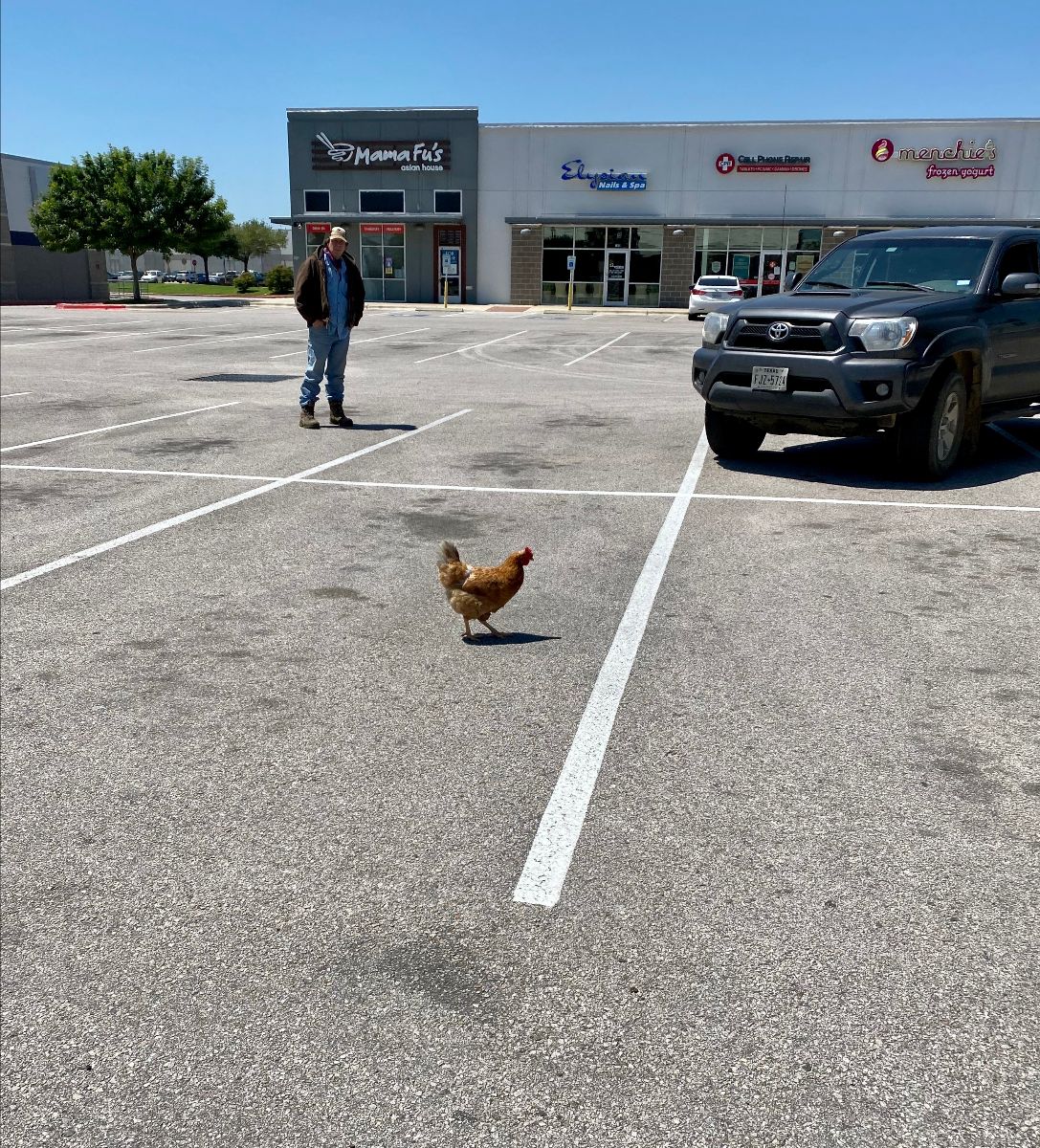 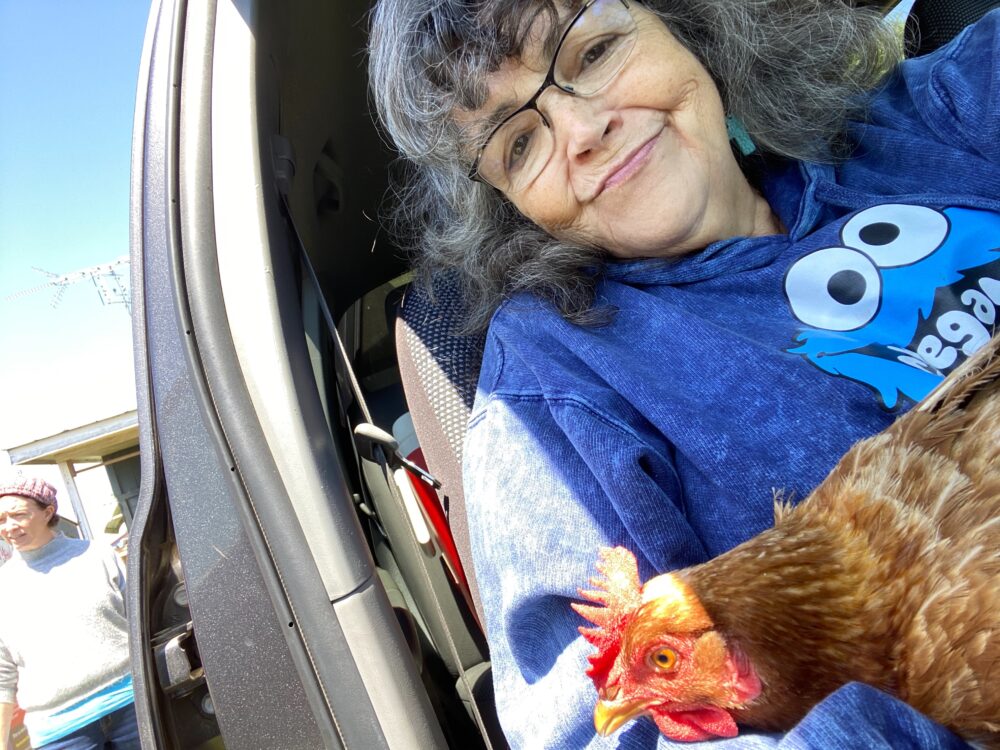 There are no words to express the gratitude we all felt when we finally apprehended this wild chicken we now call Wilma. It took 7 humans in a parking lot running around like nobody’s business to finally corner Wilma so that we could bring her to safety–and during a pandemic so we couldn’t even huddle up and get a photo!

I often wonder what in the world these animals are thinking. How did she end up in a parking lot in Bastrop, Texas alongside a very busy thoroughfare and highway? Did she have family that she lost for some human’s meal?

And here is Wilma today!  She is free and happy and able to live out her life here in the safety and sanctity of Rowdy Girl Sanctuary! We can’t wait for her to be able to run around at Rowdy Girl Sanctuary where she will be loved, cherished and encouraged to become who she is meant to be as a chicken we call Wilma! 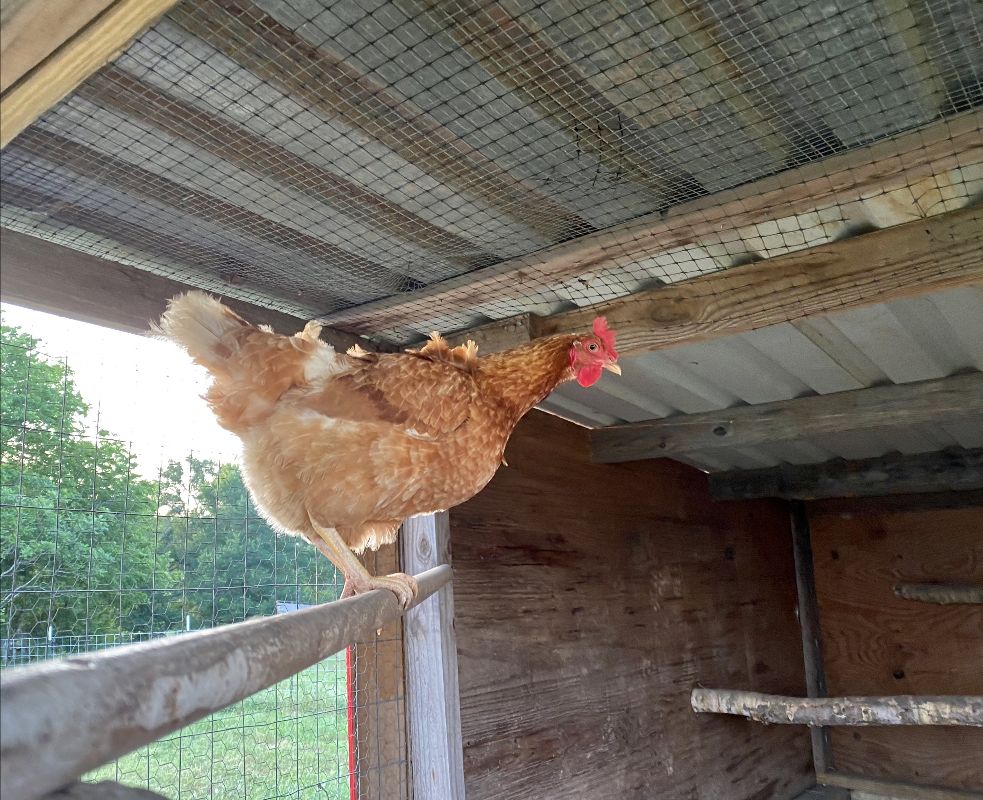 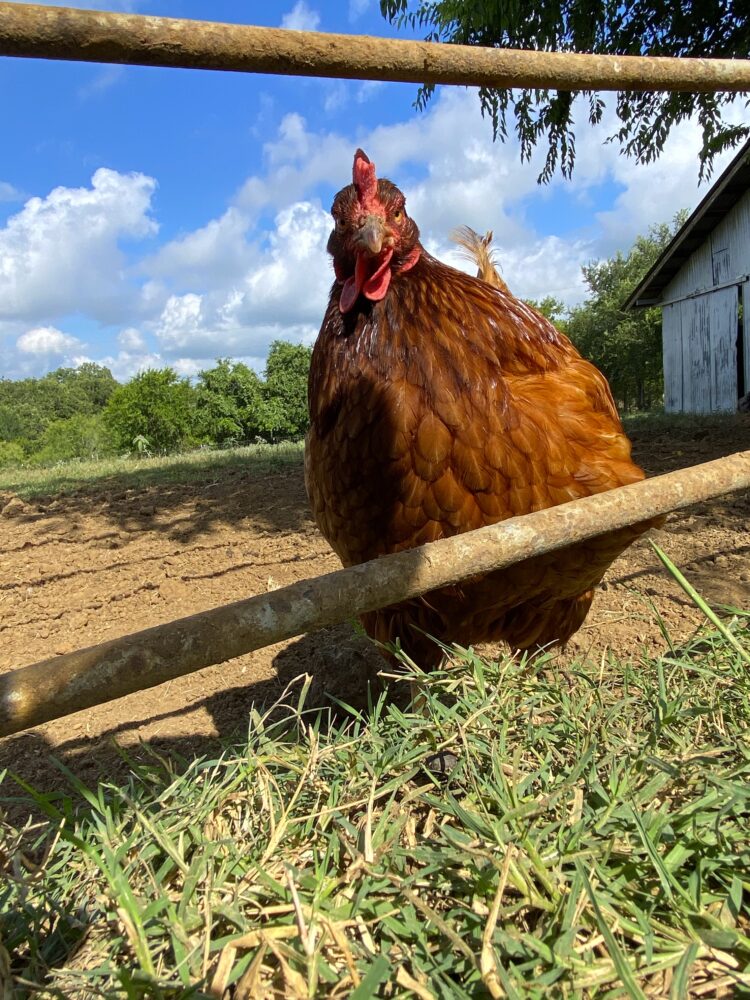 A chicken like Wilma has no human on the other end that surrendered her – this rescue was one of pure determination, and together 7 strangers in a parking lot all worked together to help rescue this girl from the cruel world we live in. 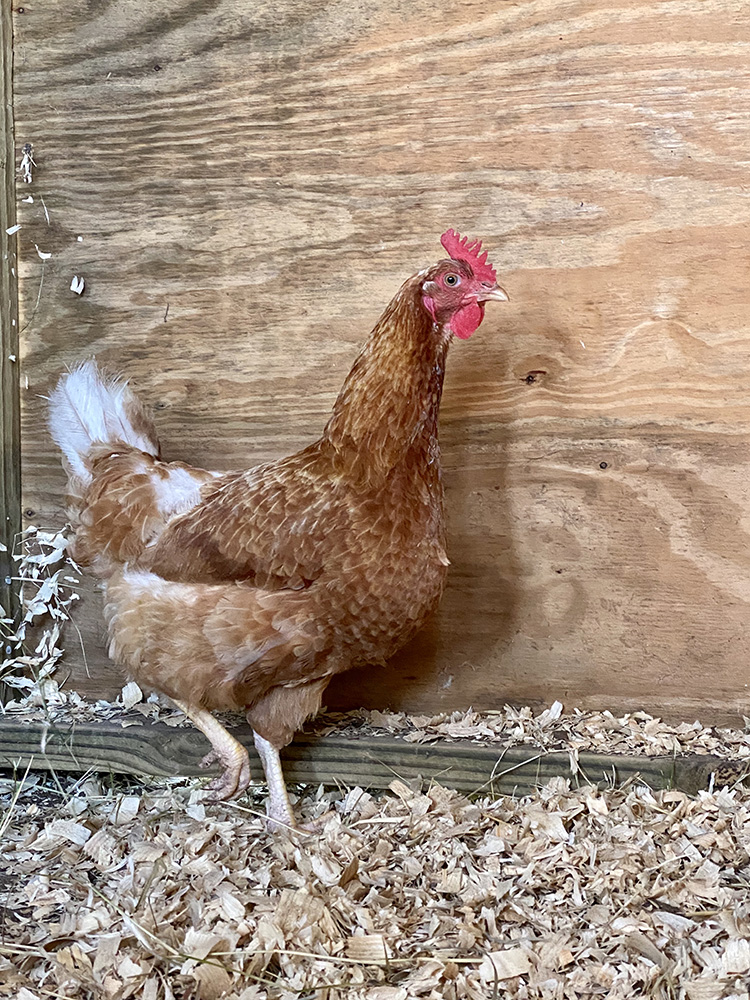