Herman was an 11 year old pot belly pig that came to us from a high kill shelter.  He was abandoned when his owner died.  The family members never came to pick him up. We didn’t know how we were going to be able to adopt him since we were not fully operational yet and have no real cash flow.  When friends on FB found out about Herman they rallied around a GoFundMe account that drove in $3500 in just a few days so that Herman could come home.  Herman had trust issues and was pretty cranky so he was going to need a lot of TLC.

His special FB page is www.facebook.com/hermanthemiraclepig

Herman passed away in March 2016. Read the story. 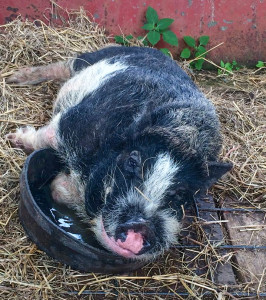 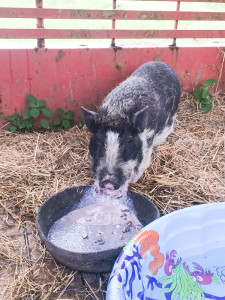 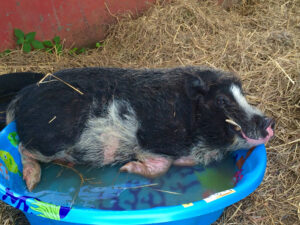 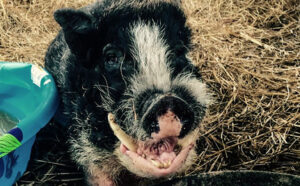 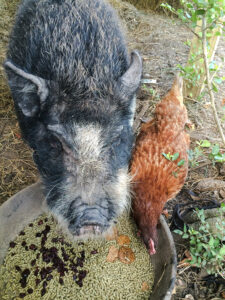