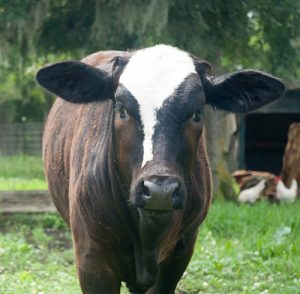 Houdini is our natural escape artist – indirectly she is the real reason that I told my husband that I was gonna follow the red trailer down the road to the sale barn if he took the babies one more time to auction.  Because Houdini was Rowdy Girl’s baby, I used her as leverage.  He told me when she kept getting out of the fence along the highway that something was gonna have to be done with her – that she needed to be shipped off because we were about to get fined from the county sheriff.  I said not no, but hell no!  That is my baby and she goes nowhere!  He said, well what are you gonna do with her? I said I don’t know but I’ll figure something out.  Well she kept getting out and Tommy kept getting more and more angry with me because the cops and all the folks along the highway kept coming to the door to tell us we had a cow out – it was always Houdini – she could slip through the fence like magic.  Finally my husband and I got Rowdy and Houdini in a separate fenced area and that is where they are now until we get a new fence along the mile and a half highway stretch on 35.  She has become my baby – my new love!  Who knew that a white faced darling named Houdini would save the day! 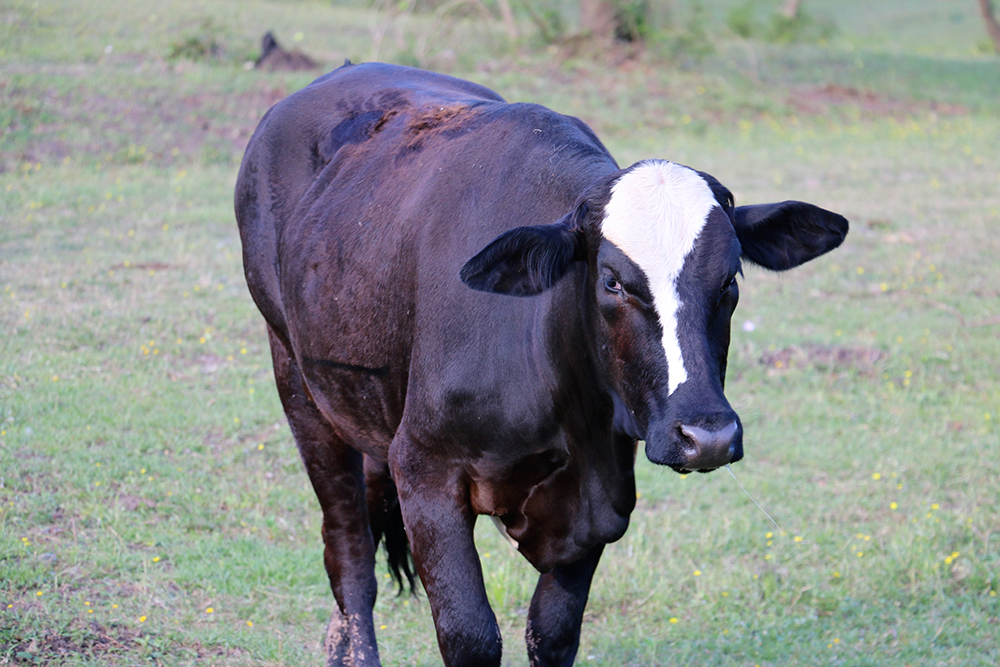 Houdini is available to sponsor in our Adopt an Animal Program. Read about it here.